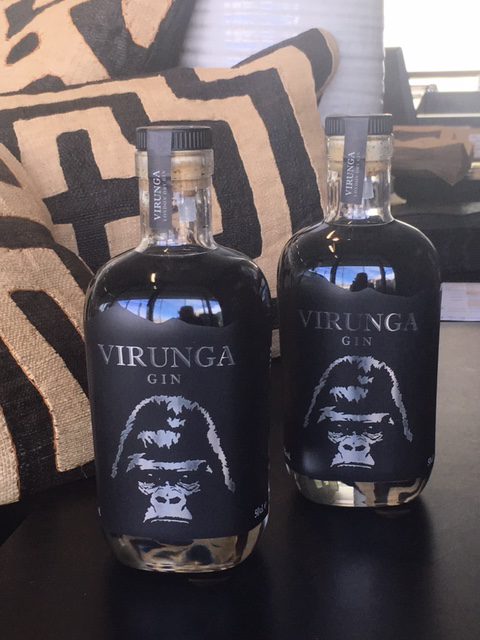 A gin with the taste of Africa. That was the idea dreamed up by the Belgians Alexis Lebedoff, his sister Sophie and Batiste Ryckaert. After a trip through the Virunga Park in Central Africa, they worked out their plan to start up ‘Wilderness Spirits’. Through their new business they are producing a gin with African sources of inspiration, and it is also contributing towards conservation of the region’s endangered mountain gorillas.

Roughly 20% of the income from Virunga Gin is going to the world-famous Dian Fossey Gorilla Fund which has been protecting mountain gorillas in the area for forty years. ‘We wanted to be associated with an organization that has been devoting itself to the mountain gorilla for decades. That’s how we settled on the Dian Fossey Fund’, says Alexis.

The Virunga National Park, which extends across the Congo, Uganda and Rwanda, is home to approximately 800 mountain gorillas. Their existence is under threat from civil wars, poaching and deforestation in the search for oil. Their numbers are once again growing thanks to the help of projects such as the Dian Fossey Gorilla Fund.

Virunga Gin derives its unique flavour from the mist-shrouded forests that overlook the volcanoes of Central Africa. The unique combination of rare African plants and the expertise of Britain’s most venerable distilleries lend a robust, spiced fragrance to the gin with a smooth and fruity aftertaste.